When you work in this industry for a while, if your introspective, you can discover what type of programmer you are. You might be a programmer obsessed with performance or trying to find clever tricks.

I am neither of those. While I do like to find new techniques or simpler ways to do something, I generally prefer to steal from others who are much smarter than I. I dislike tracking down performance problems in systems unless it is necessary. I tend to be interested in delivering a product that functions with reasonable performance characteristics. I do not analyze assembly output in order to add custom assembly code to take advantage of a specific Intel instruction that does xyz faster (but thank God for a few people I've met who do). I rarely think that is necessary.

So, for reasons unknown to me, I have ended up going down a rabbit hole of exploring some Go concepts in order to make something faster and use less memory. Let me explain. 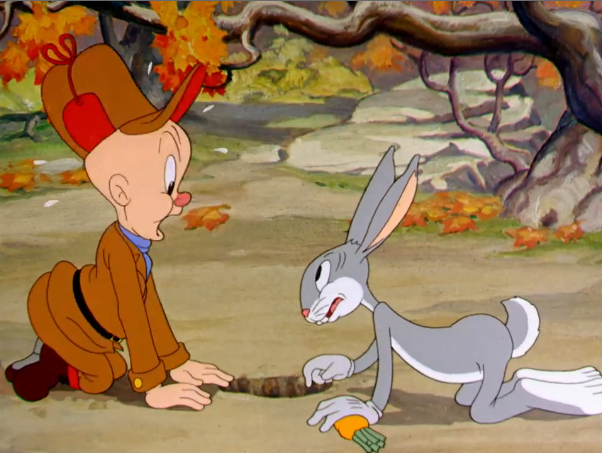 Recently I have had a need for an unbounded queue. Buffered channels are my go to for a standard queue. And they are nice when you are okay with either:

Neither of those situations was going to work in this case. In reality, the queue's use would have a bound, but I would not know what that bound was ahead of time. I could not drop an update, have an update out of order, or block for an update. However, I could deal with higher memory use while we built up to whatever the bound would be.

I wanted was something that:

Note on being Generic: Yeah, I hate []interface{}. Empty interface{} conversion is a time suck and I hate not being typed at compile. However, I'm anti-generics with the proposals I've seen, they are just ugly and I don't want to spend 6 weeks explaining them to newbies. I'm fairly convinced that with the brain power behind trying to come up with generics in Go that if there was a good answer it would have happened. They will either screw up compile time or make the code more difficult to understand. With that said, this code is probably ripe for using Genny or some other type of pre-compiled code generator to save you.

To test implementations, I eventually decided on an interface I wanted for testing:

This isn't the most Goish interface. Pull() for example could return a channel that keeps returning values until another method like Close() was called. But I wanted to avoid spinning off goroutines. My final version might include these.

But before I go any further, other than Attempt #1, everything I am doing here is wrong. This is a near-perfect example of over-optimizing. When writing an application you should concentrate on:

Performance optimization should come after testing, tracing, etc... of bottlenecks that are unacceptable in your application. Good data structures lead to more optimized algorithms if you need them. And if you abstract your interfaces cleanly, you can always optimize behind the scenes.

For reference, you can find the various code that I show or don't show here:

Attempt 1: Not Being Clever

My first crack at this was to avoid being clever at all and use Go in the most simple way possible.

This one worked well enough. But it got me thinking about other ways to do this. I have no idea why. I should have just stopped. I had a good data structure for what I needed. I could optimize later if I needed to. But for some reason, I just decided I wanted to waste a day, very unlike me. Sorry, time to dive first into the rabbit hole.

First, for whatever crazy reason, I dislike using Mutex. In recent times I've begun using atomic.Value and other atomic operations to protect constantly changing values. I've benchmarked these and found this to provide significant increases if you hammer the variable with changes. But that got me thinking about just doing atomic.CompareAndSwap_ for my Mutex needs.

Second, there is a lot of array copies happening in this version. Array copies are very fast1, but I don't like doing quite so many (this irked me, but it has no bearing on the efficiency of the method). Wouldn't some form of circular buffer be faster? Of course, it would need to be a circular buffer that didn't have a set size.

1Note: I saw a talk in the last year from someone showing that array copies were faster than heap allocations and pointer swaps by some crazy multiple. I remember his evidence being fairly good and for this reason, I concentrated on either using channels for the Buffer or slices. However, there are two old sayings from Google that apply here:

I'm sure these originate somewhere else for anyone who is really nitpicky. But Google is the first place I heard this said.

Go wants you to be clever, but not too clever

Go really wants you to be clever with your data structures, APIs, etc... Make it easy for your users and maintainers. There is an entire philosophy that bears where after you swim in its waters for a while you do find it refreshing. At first, it just feels cold.

With that said, when you start looking at internals to low-level tasks, you will often find that the standard library has access to code your programs don't. So, for example, if you want to spinlock as well as the Mutex implementation, you can't. Mutex has access to runtime_doSpin(), which your program doesn't.

There are other memory barrier tricks that your code can't take advantage of unless you want to use Cgo, which for the purpose of this article is cheating. And I'm sure I can do a hack to gain access to these things, but that's not portable. One of Go's strength is that until you start using unsafe or syscall, your code really is portable (while C just dreams it is actually portable).

It is important to understand this, because if you try to write a Mutex that is more optimized for your use case, you are not going to be as efficient. You can attempt to do some of this with runtime.Gosched(), but you are rolling that rock uphill. Apparently, I like rolling rocks.

Trying to be clever

My first attempt at being clever was to use channels as a circular buffer. The circular buffer would be protected by a simple atomic.CompareAndSwapInt32(). If I couldn't insert a value into the channel, I would simply create a new channel with double the capacity, copy values from the old channel to the new channel, insert the new value, and swap the old channel for the new one. Pretty much what append() does for slices.

I knew that there was some risk:

The sleep code took a while to get to a point that seemed to work in a manner that didn't kill performance nor choke my CPU for too long.

This one had some nice properties. It had a useful zero value, which I tried to use with other implementations instead of a constructor (which was not always possible).

It also only shrunk at intervals, reducing the need for array copies.

The Truth is in the Pudding

Now I have two versions, but how do each stack up against each other? Oh, the fun of benchmarking!

This benchmark was setup to test a few scenarios:

This gives a certain static scaling of the number of senders and receivers to see how each scales for different scenarios. I want a good generic solution that handles each of these reasonably.

In this initial test, I also included versions of both that use atomic.CompareAndSwapInt32() and sync.Mutex. Here are the initial results:

Note: Bold is the fastest version.

There was some profiling and such, but I decided to go on and test a bunch of other versions.

If At First You Don't Succeed, Fail Some More??

So it would be lying to say I'm covering all the steps I took here. It was a winding path of outright failure and tuning. There were other tests I wrote to prove that the CPU would lower after being stuck either pushing or pulling and other things I'm not going to cover. The rabbit hole seems to keep going.

In the end, I decided to benchmark against a few more methods:

Well, let's have a look:

It is not surprising the reference is faster in several versions. But what surprised me was the standard pointer based queue. The heap_lock or heap_atomic took this test by storm.

heap_atomic and heap_lock being so close in most benchmarks leads me to believe that the custom.* versions are slower because there is a bunch of lock contention with the combination of channels/locks(or atomic)/select. I could go work on that, but I don't think that is worth my time.

Now, I'm not sure why the speaker's assessment I listened to was wrong. I tend to think that this kind of thing is my fault. It could be:

No matter which one it is, my heap_lock optimization is where my effort is going to concentrate on.

But why not heap_atomic? While it did win in some benchmarks, simpler is better. There isn't enough difference to make me want to use atomic over Mutex and Mutex makes guarantees on goroutine starvation that atomic will not.

What If I Made the Heap Version Circular?

The heap version uses a simple queue. It is memory efficient and apparently fast. But I'm still haunted by allocating extra memory when I don't need to.

What if instead of throwing away entries when dequeuing I just move a pointer in a circular buffer? That entry could be reused without the need for allocating a new entry. And if I run out of room I can always insert more entries at the back.

This will add some overhead in checking if things like the front and tail pointers are the same to know if we need to do an allocation.

Here's a first attempt at it with 100k items:


Well, it looks like the queue is still winning. Not by a huge amount, but enough.

I wonder if we see better results with 1m items:


Now my growing circular buffer is probably overly complicated, which leads to some time suck. And it is close in time to heap_lock for the common cases (1:1/10:10/10:100 senders to receivers).

But looking at the trace tool, the allocations are just minor time sinks, gc rarely kicks in because of this on the heap_lock. That makes heap_lock the overall winner in my view. The code is easy to follow and fast.

I think heap_circular has merit, but with a slightly different interface and only if the data being stored is concrete not interface{}. If the entries recorded large data, such as []byte{}, we could use it as a combination FIFO queue and free-list. You could have a method to return an empty value in which it would pull a dequeued entry or if full would give a new one. That could then be used to enqueue without a large allocation. But that is a very specific use case, which I am not going to test. And of course, there is the very good argument of just having a free list and this queue separate.

I am absolutely sure that many of these can be made faster with some trivial work (but I've wasted enough time with this thought experiment). And there were all kinds of things I didn't try (using []unsafe.Pointer and CompareAndSwapPointer() or a slice of slices or ...).

But now I am absolutely sure that:

If you read this far, I'm sorry to have dragged you down the rabbit hole with me. Misery occasionally loves company.